Although today the Winston-Dillard-Willis Creek area is often regarded as a single entity, the Umpqua River separates Winston from Dillard and Dillard from Willis Creek. Therefore, before 1900 the three communities developed independently. Winston dominates the area now, but its prominence is a new phenomenon. In the nineteenth century it was Dillard that was a growing small town, while Winston, then known as Civil bend or Coos Junction, was nearly undeveloped. Its only notable feature was a fairgrounds which housed a racetrack. According to local legend, because of the crowd’s raucous behavior at the track, the area was called Civil bend as a sarcastic gibe.

The early history of the entire area, then, centers on Dillard. One of the first settlers, the Reverend John Dillard, arrived in 1851 and bought the valley for $800.00. In 1854 he established the first Presbyterian Church in Douglas County at the foot of Bragg Mountain.

The town developed slowly, in part because it lies almost entirely in the floodplain. Severe winter flooding was an annual event. In 1880 the first store was opened, but real growth began in 1883 with the completion of the Oregon and California Railroad as far south as Glendale, Oregon. That same year the first train arrived at the Dillard Depot. Within two years a hotel was built, a blacksmith shop was opened, and the Dillard Post Office was established. In 1895 Mr. and Mrs. George Leonard opened Dillard’s second store.

Throughout the early years, most people in the area made their living by farming and raising livestock. Agriculture expanded in the early 1900’s when the commercial berry and melon growing, that still exists in the Dillard area, began to develop.

A turning point in the history of both Dillard and Winston occurred in 1900 when a swing bridge across the Umpqua, linking Dillard and the Willis Creek area, was constructed. This bridge indirectly linked Dillard and Winston, though by a seemingly circuitous route. Later washed out by winter floods, it was replaced in 1903.

Another step toward tying the area together came in 1913, when a farmers petition to the county prompted the construction of a wagon bridge between Dillard and Willis Creek. Finally, Dillard and Winston were directly linked with the completion of the State Highway 99 in 1920. Dillard continued to be the more important of the two towns, however. Electrical service became available there in 1927.

Meanwhile, development in Winston had been minimal. The fairgrounds was closed in 1875. The Civil bend Post Office served the area from 1881 to 1888. Another post office was established in 1893, named for horticulturist W. C. Winston, who had come to the area from New York in 1870. Again, development was not sufficient to warrant postal service, and the office was closed in 1903. There was also a post office at Brockway.

In fact, Winston did not experience appreciable growth until the close of World War II, when lumber mills began to open in the area. Roseburg Lumber was started in 1947. A large number of workers recruited from Oklahoma, Arkansas, and Texas chose Winston, still virtually undeveloped, for their residence. Many of Winston’s few large landholders decided to subdivide their property, selling the lots to Roseburg Lumber employees. by 1948 the population had grown enough to warrant re-opening the Winston Post Office. Winston was finally beginning to grow and prosper. Soon a restaurant, store and service station were established.

by 1950, the people of this community became aware of the need to take care of the health of the residents. Working from the efforts of the 1948 committee to establish a Water District, lines were finally laid in 1951. A water treatment plant drew its supply from the South Umpqua. A separate fire district was formed in 1950.

In 1953 the City of "Coos Junction" was formed. Papers of Incorporation were filed, and a charter set. The first City Recorder was employed (Gene Geyer).

The first meeting was held in a small building September 21, 1953 and a City Council formed. The first City Attorney was employed in 1954 (Harrison Winston) and Mayor appointed (Paul bender.) In 1953 franchises were issued for light and power (California Pacific), Pacific telephone, and garbage disposal. by 1954 law enforcement was necessary, and ’Chief of Police&’ was employed (R. B. Mandell). A branch library (from Douglas County) opened in an old gas station on Main Street. The shelves were dirty boards re-cycled from a building that had been torn down.

In 1955 a new City Charter was approved by the voters and "Coos Junction" officially became "Winston." City Council meetings continued to be held in various homes and businesses. A special "Winston, Oregon" kerosene lantern was always hung outside the building when Council meetings were being held. Mayor Bill Schell and some other fellows built the city’s first street signs from 4"x4" posts. These were installed beginning in 1955. (Note this lantern and first city street sign can be found in the Visitor Information Office in Winston City Hall.)

In 1953 the City had gotten into the sewage business by purchasing a small treatment facility built to serve a government financed residential subdivision. by 1957 a complete plant was constructed and a collection system built to serve most of the city.

In 1965 a pavilion was built in the Winston-Dillard Community Park in memory of Harry Winston. This was built by Mrs. Ulah Winston on the land she dedicated for the park, beginning in 1951. The park was operated by both Douglas County and the City of Winston at various times.

In 1957 a landscape plan was completed for the park by Mrs. Brunette Wilson. The Winston-Dillard Garden Club working with the County and other local people completed the initial planting program by 1960. Finally after several more facilities were added, the City assumed total responsibility in 1971.

back at City Hall, the City Council purchased land along Douglas boulevard (Highway 42) for a new City Hall. The building was completed in 1962. It had offices for Police Department and City Staff as well as a courtroom that could also be a meeting room for the City Council.

In 1965 two wings were added to City Hall. A three cell jail was built onto the police side. A large library was constructed on the eastern side of the building.

The City continued to grow in the late 1960’s. The form of government was modified to bring in a professional administrator. Al Hooten was hired to run the city on a day-to-day basis. The 1970 population of Winston was 2,468.

In 1976 the State Highway Department completed the widening of both Main Street (Highway 99) and Douglas Avenue (Highway 42). This also provided vital relief from flooding during rainstorms. The widening caused many Main Street businesses to lose their parking areas. Some of these later moved to the shopping centers constructed during this decade.

The Wildlife Safari opened in 1972. It is a 600 acre drive-through game preserve. Dedicated to public education, and preservation of endangered species, the park has grown to serve over 150,000 visitors per year. It is just outside the City limits.

A new water plant was constructed in 1974. The Winston-Dillard Water District continued to stretch out and serve more people around Winston. In 1977 the City’s Charter was amended to allow voters to directly elect the Mayor. Previously the Mayor was selected from among the five City Council members by his or her peers.

In 1980 the City closed its sewage treatment plant. by an inter-governmental agreement with Douglas County and the neighboring Green Sanitary District, a new plant was put into operation, downstream of the water intakes for two water districts. In 1981 and 1982 the City constructed major new sewage line extensions designed to accommodate most of the City’s next population growth.

In January 1983 the library was moved from City Hall to the former post office building on Rose Street. by September of that year remodeling of the library’s former space was completed. City Hall and the Police Department expanded into the new offices. The remodeled portion of the City Hall was dedicated as the Harold L. Forney Justice Center. This was in honor of the former Police Chief who had passed away in January 1983. 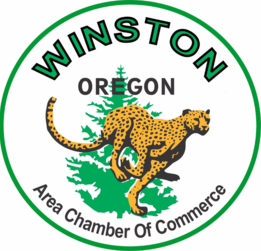 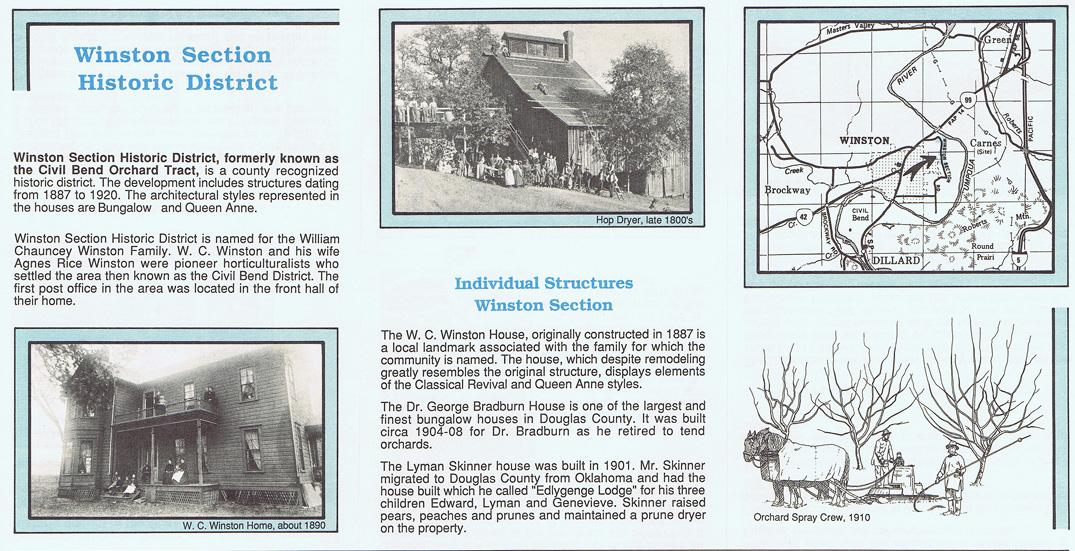